The staff and faculty at Midvalley Elementary had big plans for celebrating the end of the school year — plans disrupted by COVID-19.

The Jr. Huskies haven’t been able to step inside their classrooms since mid-March when government officials placed all Utah schools under a soft closure as a preventive health measure. And they won’t be returning next fall to the 63-year-old school building, which is being rebuilt. So, to give students closure and a chance to say goodbye to their beloved schoolhouse, faculty and staff recently organized a “reverse-parade,” inviting families to drive through the parking lot to celebrate their hard work and cheer the start of a new chapter in the fall.

The event was a big hit for students and their parents, many of whom decorated their cars and vans with colorful signs and balloons. It was equally therapeutic for staff.

“We have students here whose parents went here and grandparents went here, and staff and faculty whose family members attended here,” says Midvalley Principal Tamra Baker. “All those memories as they walk through the building…I think that’s what they’re going to miss the most.”

A true neighborhood school, built in 1957 when a piece of candy cost .5 cents, Midvalley has served multiple generations within many families in the Midvale and Sandy communities. Originally surrounded by farmland, the school now serves a diverse and growing suburban population, and is in need of an upgrade — which it is getting with proceeds from a $283 million, voter-approved bond. It’s one of four major improvement projects now underway in Canyons District.

Midvalley has already been emptied of all its desks, chairs, cubbies, and computers — anything that’s not a fixture of the building — in preparation for demolition. The new Midvalley, located on the same campus, has been taking shape over the past year.

“We’re able to let crews inside the schools earlier than we could have if the schools were in session,” Wilcox says. “It won’t necessarily put us ahead of schedule, but it gives us more breathing room to get as much done as possible before schools start up again.”

Midvalley parents and teachers say, that as much as they’ll miss familiar surroundings, they eagerly anticipate having a new school. The community is hoping to get a sneak peek later this summer at a ribbon-cutting ceremony. More details about the event are forthcoming.

Baker felt it was important to give the community a chance to say goodbye. In lieu of having students leave messages on the wall, teachers wrote messages for them, inscribing students’ names on the brick-lined hallways outside their classrooms. Baker left her own message on the wall of her office as a tribute to all those who served before her.

“Thank you being the keepers of the children’s dreams and sorrows. The teacher’s champion. The community’s advocate,” reads a portion of the message. “To be a principal at Midvalley is to be a part of a very small group of very lucky people. I commit to taking the magic and spirit of this office with me to our new space.”

Teachers share in that sentiment and responsibility. “There are a lot of good memories here in every brick and every piece of tape on every wall,” says 13-year Midvalley teacher Rona Bresnahan, pledging to cherish those memories and carry those feelings with her for many years to come. 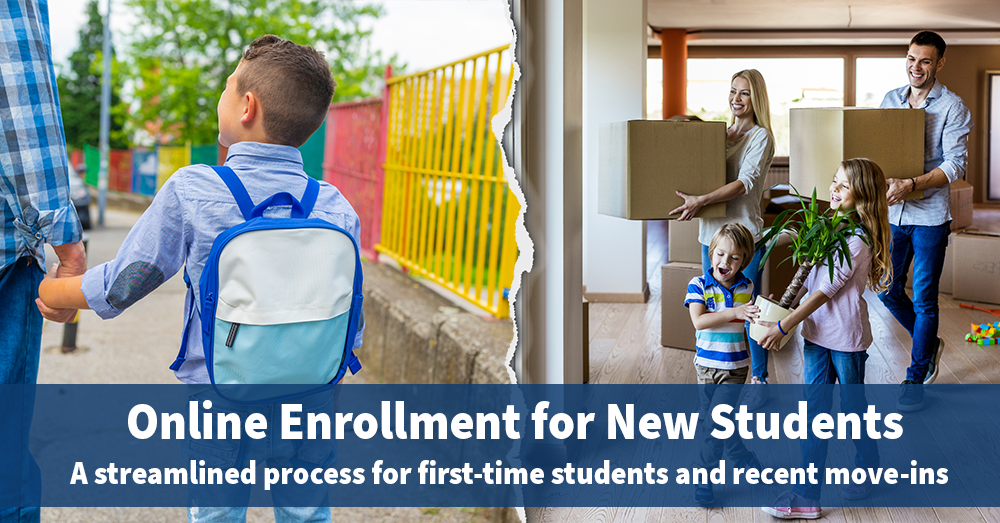 Are you looking to enroll a child in one of our schools — now, or for the coming year

Canyons School District has launched an online enrollment portal to assist families in registering new students during the COVID-19 pandemic so they can take advantage of the at-home instruction being provided throughout the “soft closure” of our schools. Traditionally, students who are new to Canyons have had to register in person so they can provide verifiable copies of their birth certificate along with other required documentation.

Now, to streamline the process, the District has created a way for families to scan and preliminarily submit those documents online. The online tool is available to all those enrolling in Canyons for the first time, whether they’ve recently relocated here and need to enroll in classes immediately, or they’re a toddler preparing for “big kid school” in the fall.

END_OF_DOCUMENT_TOKEN_TO_BE_REPLACED

Technology is empowering Canyons District students to learn from home, but can pose challenges when they can’t log in to online learning platforms or their computing device malfunctions.

To help students and parents troubleshoot technology blips and breakdowns encountered while navigating the new world of distance learning, Canyons District has created a Technology Help Hotline at 801-826-5200. The hotline will be dedicated to supporting families and staffed Monday through Friday, 7 a.m. to 3:30 p.m. Anyone needing to request help outside of those hours may do so through CSD’s online request form.

“The hope with the hotline is that it will give families an extra avenue for connecting with us during business hours,” says CSD’s Information Technology Director Scot McCombs. “The dismissal of schools and switch to online learning is new for students and can be stressful. We want them to know there’s help available to overcome any technological problems they encounter.”